SymbioCity KenyaWho Are the Urban Leaders We Need in Kenya? 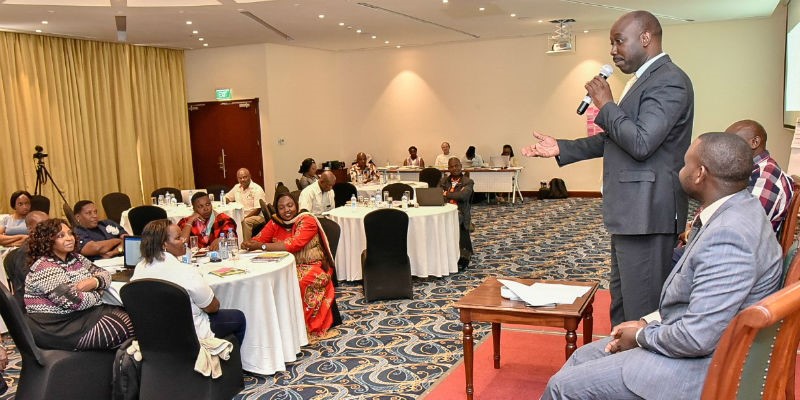 November 28, 2018 No Comments By SymbiocityKenya

Who Are the Urban Leaders We Need in Kenya?

Kenya’s urban areas are growing rapidly. To ensure a sustainable growth, there is urgent need for cooperation between the political and technical arms of County governments. Being a long-term process, urban development requires long-term political agreements and planning – beyond elective terms. This was concluded at the SymbioCity facilitated Urban Leadership Forum (ULF) in Nakuru in mid November.

Participants of the forum stated that shared visions, strategies and plans were the foundation of planning, as it reduced the risk of projects being opposed. The leaders who consisted of members of county assembly (elected/appointed every five years) and executive committee members, agreed that political leadership was critical at all levels in building credibility within the counties.

Differences between the two arms of government was apparent in discussions, and the Director of Urban Development at the national Ministry of Transport, Infrastructure, Housing and Urban Development, Charles K’onyango Otieno, advised the leaders to move on with the contemporary changes in their counties and set aside their jarring interests.

Bottlenecks for sustainable urban management in Counties
The two-day forum identified a number of recurring bottlenecks in urban development in the counties. These included: lack of cross-departmental coordination; political interference in programming; resistance or rejection of projects by the local community; lack of enforcement of plans, permits and legislation related to urban areas; poor oversight during procurement, contracting, implementation and M&E; lack of defined urban structures, arising from sub-division of towns into several wards; and inadequate funding for urban development programming.

The leaders our urban areas need
The bottlenecks exposed the need to buttress leadership. The participants resolved that being a long-term process, urban development required long-term political agreements and planning beyond elective terms.

A member of the Kitale Local Urban Forum (LUF), Immaculate Shamalla, stated that urban development required leaders who had collaboration, partnerships, civic education, vision, passion and drive at the fore of their leadership strategy. These were leaders who could simplify and demystify their approaches and increase public participation and project ownership by letting the people know all about their actions.

Meru County SymbioCity Pilot Project Manager, Jefferson Musyoka disclosed how the county had discarded the “silo mentality” in favour of inclusivity; for the success of their ongoing market project, leaders and the community are working together towards a common goal.

Moreover, Director K’onyango stated the need for institutional development and structures, to restructure Kenya’s urban centres and revitalise urban development. He said adopting urban management boards would enhance professional, as opposed to administrative, management. The law directs the establishment of urban boards, composed of competent professionals, to manage cities and municipalities in counties. K’Onyango said that the boards would bring in professional and enterprising urban management, leading to healthier rural centres fed by urban centres.

Quotable leadership lines from the ULF:
“Leadership is not an option; the people can’t do without it,” Richard Bonyo, SCK Homabay
“Leaders are the gatekeepers of every community,” Sospeter Onunga, SCK Kisumu
“To get the leaders we need, we need patience because now we see it as a mirage,” Lawrence Esho, Chairman Kenya Institute of Planners
“We need leaders who ‘need to be leaders’,” Wawira Njue, Embu Local Urban Forum