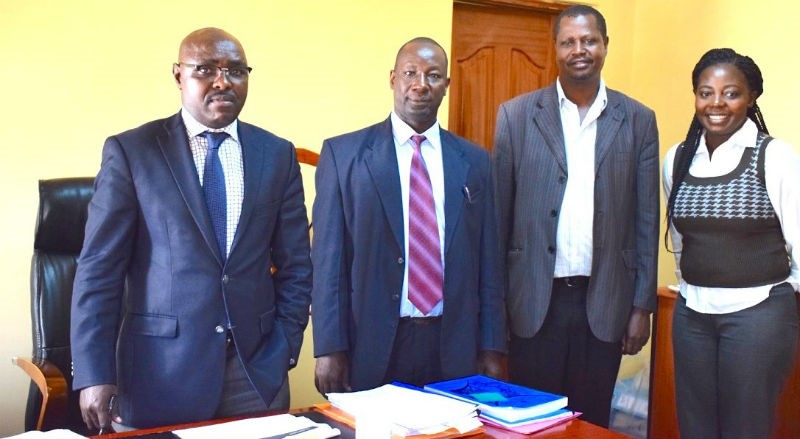 The upgrade of Ontulili Market enjoys immense support of the Meru County government and the community, and is the benchmark against which the County’s gateway and strategic junction towns will be developed.

The upgraded Ontulili Market will be the benchmark against which Meru County’s gateway and strategic junction towns will be developed, says the County Executive Committee Member for Lands, Physical Planning, Urban Development and Public Works, Jeremiah Lenya M’Iringo.

“We’re very passionate about the project, that’s why we’ve integrated it in the county’s agenda for urbanisation. We want Ontulili to be beautiful,” he says, pledging the county government’s support to construct ten additional market stalls in Ontulili.

The County’s gateway towns Keria and Murera, and junction towns Subuika and Nkinyanga, will be developed using the SymbioCity approach. The communities have already been sensitised about the upcoming developments and are ready states the County’s SCK Pilot Coordinator, Jefferson Musyoka.

SymbioCity enables social inclusion by integrating economic, environmental and sociocultural dimensions, as well as gender and pro-poor perspectives in developing appropriate sustainable urban infrastructure. This approach has earned the Ontulili Market project great support from the county government and the community.

Musyoka says that everyone is happy and supportive of the project. “The county government follows up on every development, and the community’s enthusiasm is overwhelming. Like the businessman in Katheri Market who has offered to maintain the floodlight outside his shop.”

Financial institutions and large private sector investors have also shown an interest in Ontulili, he adds. According to Musyoka, youth in the community were aloof at the start but are now anticipatory and beginning to volunteer in the project. “Replicating it will be easy,” he says.

With this support, Musyoka, who is a Planner, hopes for flexibility when launching the project, for example to allow the community traders to build their own stalls according to the provided models and plans, and the funds allocated for that activity diverted to the development of a sewer system.